With a wingspan that stretches over nine feet, blunt claws and a distinctive hooked beak, the California condor soars through the sky with a beauty and grace that was almost lost to the world.

In fact, the last California condor in the wild was captured at Bitter Creek National Wildlife Refuge in 1987.

Only 27 California condors remained in captivity — the last of their species — but that wasn’t the end of their story. After years of tireless conservation efforts and captive breeding programs, these majestic scavengers made a triumphant return to the wild.

Though still endangered, more than 500 condors thrive in the United States today, with help from the U.S. Fish and Wildlife Service, the Santa Barbara Zoo and CSUF-trained conservationists. 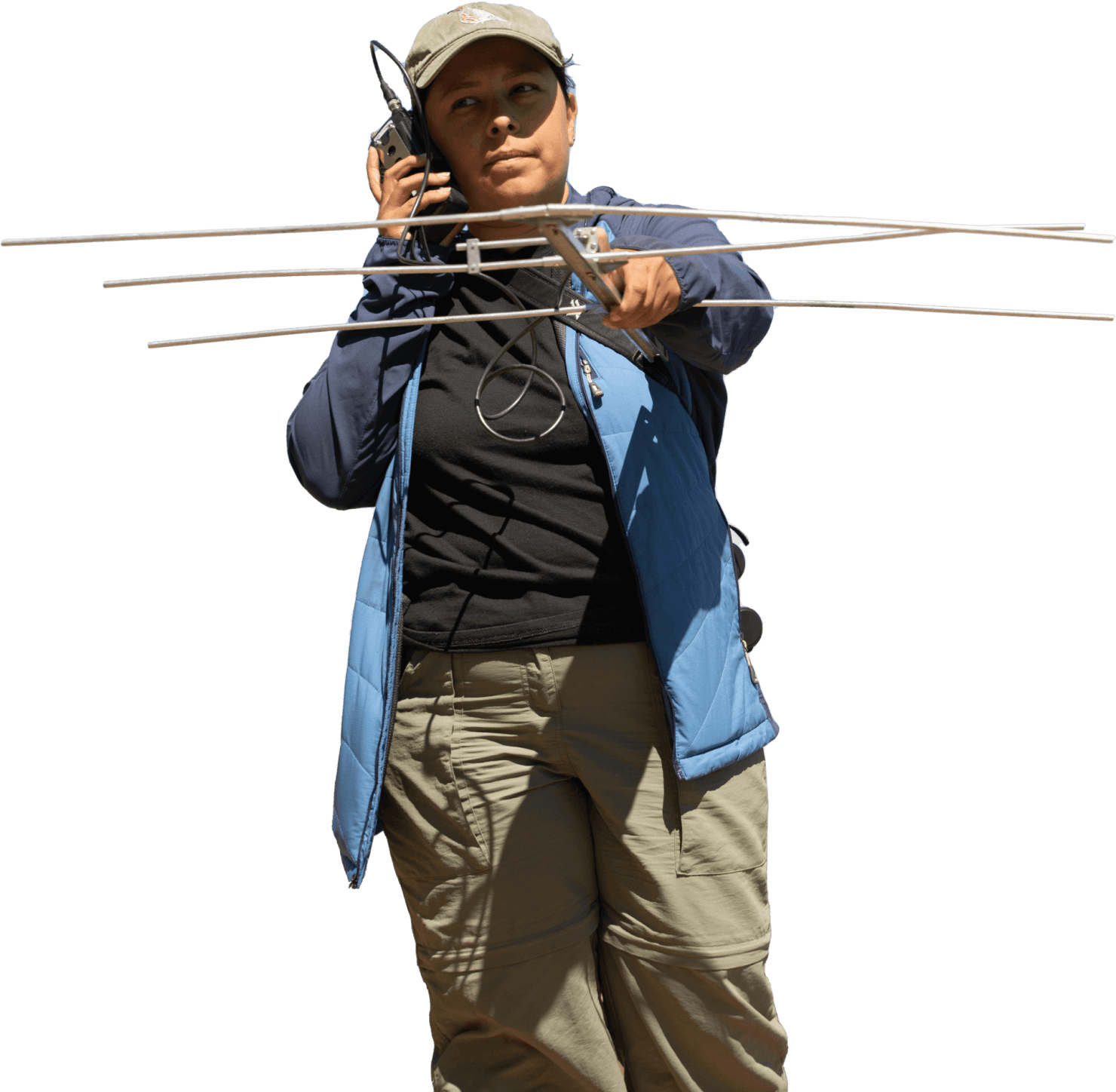 Working in a Wildlife Refuge

Before the sun has a chance to light the skyline of Bitter Creek National Wildlife Refuge in Maricopa, California, CSUF alumna and field technician Jennifer Ibarra ’20 (B.S. biological science) hikes along dirt roads with a radio — scanning the skies for California condors.

Trudging through the dips and valleys of rugged terrain, Ibarra uses radio telemetry to detect the condors’ tracking devices, check on their nests and triangulate their location. All of this is done before she treks back to the condor flight pen — a small bunkhouse framed by miles and miles of light green grass swaying gently in the wind.

On a typical day in trapping season, Ibarra sets a trap outside of the flight pen and then she waits — sometimes all day — until a condor takes the bait. Once the bird is safely in the enclosure, she helps her team tag its wing and release it back into the refuge, successfully recording one more condor flying safely through the skyline.

Through trapping and tagging efforts, Ibarra and her team have identified around 100 condors residing in the refuge. 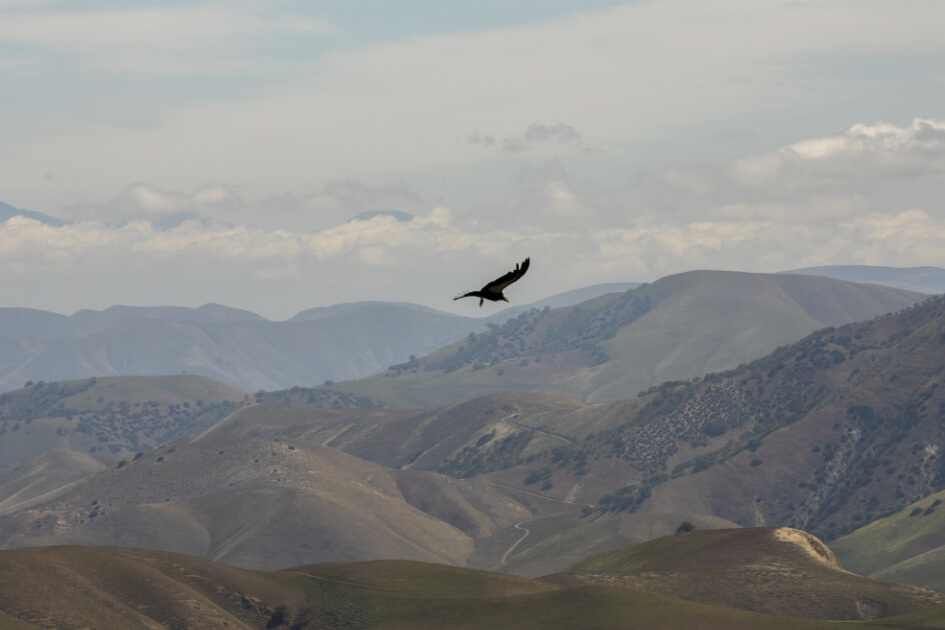 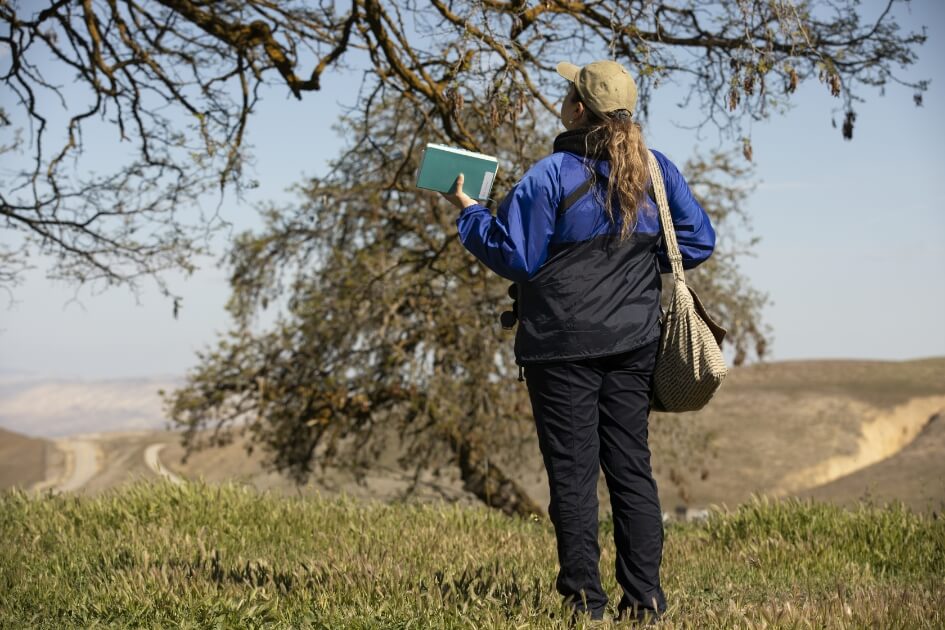 “The first condors originated in the Pleistocene Era. It’s like I'm seeing a glimpse back in time, and it's really unique to see and feel the presence of a bird that's been around for so long,” shares Ibarra.

When she’s not hiking through the hills with a radio, her responsibilities include checking on nesting cameras and roosting spots. All of this work serves to protect condors from threats and keep them flying safely through the sky.

The leading causes of death among condors include lead toxicosis, wildfires, electrocution from power lines and the ingestion of microtrash. Ibarra and her team have made tremendous strides in protecting condors from these threats, but she says that it’s also up to the public to be curious and learn more about condors if they want to see them survive.

“They are nature's cleanup crew. They eat carcasses that are too rotted for other scavengers to pick out, and they're able to break that down and put carbon back into the environment, which is really helpful. It’s sad that they're still critically endangered even when they serve an important ecological role,” explains Ibarra.

Empowered by a Titan Education

Inspired by her passion for helping animals, Ibarra joined CSUF as a biological science major with a concentration in ecology and evolutionary biology. Her original plan was to become a zookeeper, but that was before her classes and mentors opened her eyes to the endless career opportunities that exist for an aspiring biologist.

I didn't think I could be a scientist, but being exposed to undergraduate research and having mentors helped me realize I can do this.

“Ornithology, the study of birds, was the first organism class I took and it was impactful on my career because I learned what it was like to be in the field,” says Ibarra.

When William “Bill” Hoese, professor of biological science, first met Ibarra in one of his classes, he knew that her curiosity and passion would make her a successful researcher. He encouraged her to extend her interest for ecology and environmental biology into the research field and apply for the Southern California Ecosystems Research Program (SCERP), for which he is the co-director.

The undergraduate program gives a cohort of biological science students the opportunity to conduct summer research in the field and pursue independent research alongside a faculty mentor. Ibarra’s research, which was inspired by her favorite bird, examined how traffic noise and noise in urban areas disrupts the feeding patterns of Gambel’s quail and other seed-eating birds.

“I didn't think I could be a scientist, but being exposed to undergraduate research and having mentors helped me realize I can do this,” Ibarra shares.

Throughout her undergraduate career, Ibarra says she struggled with moments of self-doubt, but she found support and gained confidence along the way.

“There would be times where my anxiety would get the better of me,” Ibarra reflects. “Professor Hoese was there to help. He’s funny and an easy person to talk to, which is what I needed to help get me started in this career.”

The budding biologist graduated from CSUF in 2020. After graduation, Hoese encouraged her to apply to be a Mojave Desert Monitoring technician working with tortoises.

It wasn’t long after her contract ended in Nevada that she applied to be a field technician at Bitter Creek National Wildlife Refuge — a position that allowed her to revisit her passion for ornithology. 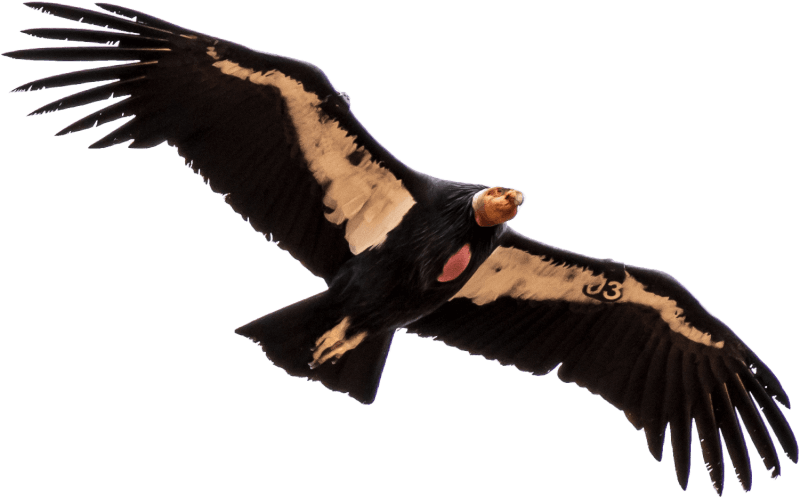 While working at the refuge, Ibarra realized it was the perfect opportunity to give back to the professor and class that helped her reach her potential.

No stranger to field trips, in spring 2022, Hoese loaded his ornithology class into two cars for a long day at Bitter Creek National Wildlife Refuge where Ibarra, a team of biologists and a park ranger gave them an insider’s look into condor conservation.

“Field trips are featured in all of my classes. It’s an opportunity for students to see the actual organisms in real life and meet with professionals in the field,” says Hoese, the university’s 2021 Outstanding Professor.

Outside of seeing condors in the wild, Hoese says that his favorite proud professor moment happened when he watched Ibarra teach his students how to perform telemetry scans.

“Seeing my former student lead this adventure was so rewarding. Not only was she showing us how the radio worked, but she was teaching them and giving them the opportunity to learn and engage their skills in real time,” adds Hoese.

Those hands-on experiences continued throughout the long day as the students maximized every learning opportunity.

“They’re identifying birds. They’re tracking them and taking notes about what they see. They’re showing each other their observations and using the scopes together,” explains Hoese. “It’s crucial that they have field experiences that encourage curiosity, participation and the application of new skill sets.”

It was an exciting day full of condor sightings, hikes through the refuge and impromptu field lessons. For Ibarra, it also was a full circle moment that filled her with hope for the future.

“Above all else, I wanted to inspire students and give them a positive representation of what this career looks like. I hope that seeing me in the field — seeing CSUF alumni doing this important work — motivates them to keep pursuing wildlife ecology. I know what it’s like to feel defeated in this major, but there is a light.” 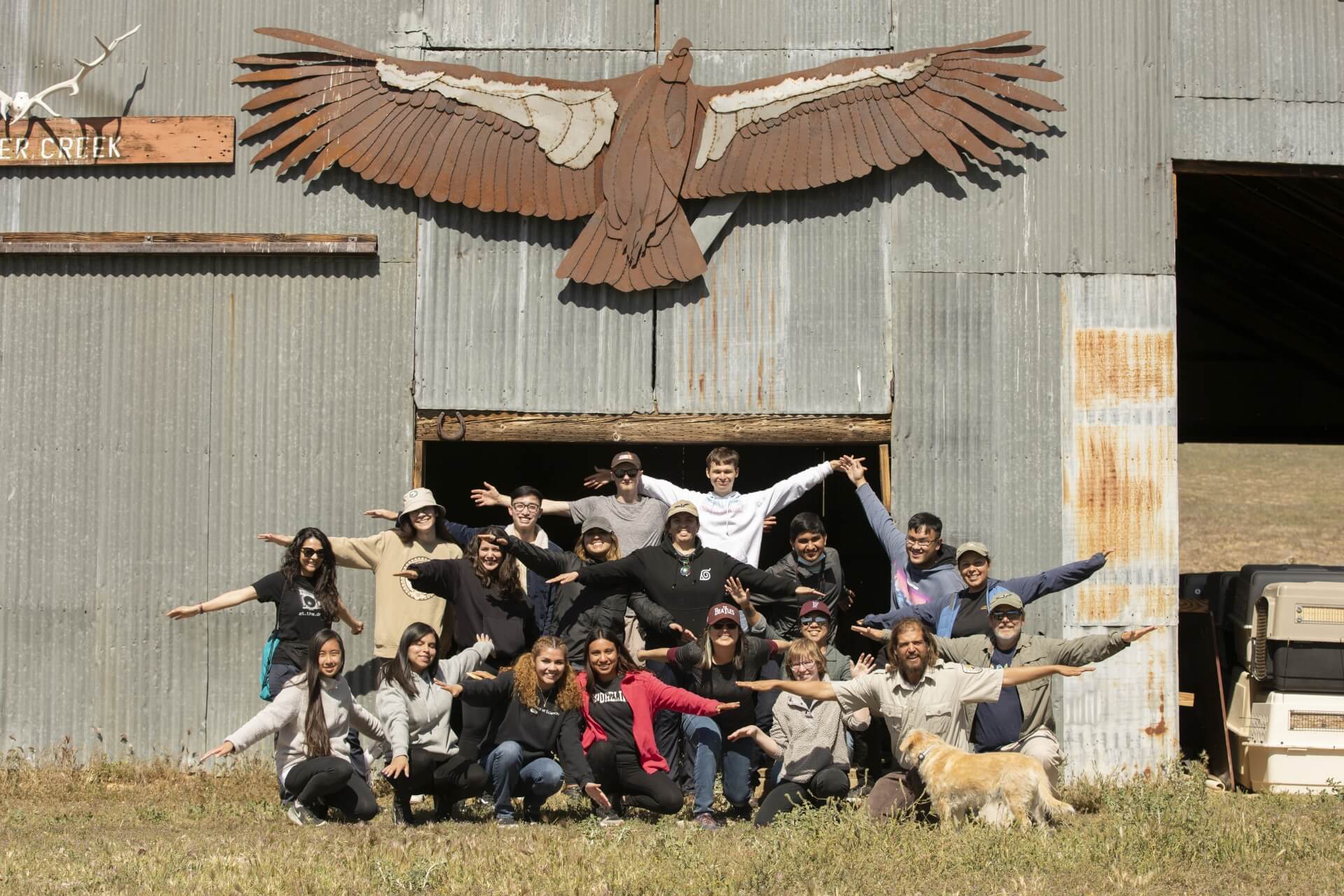