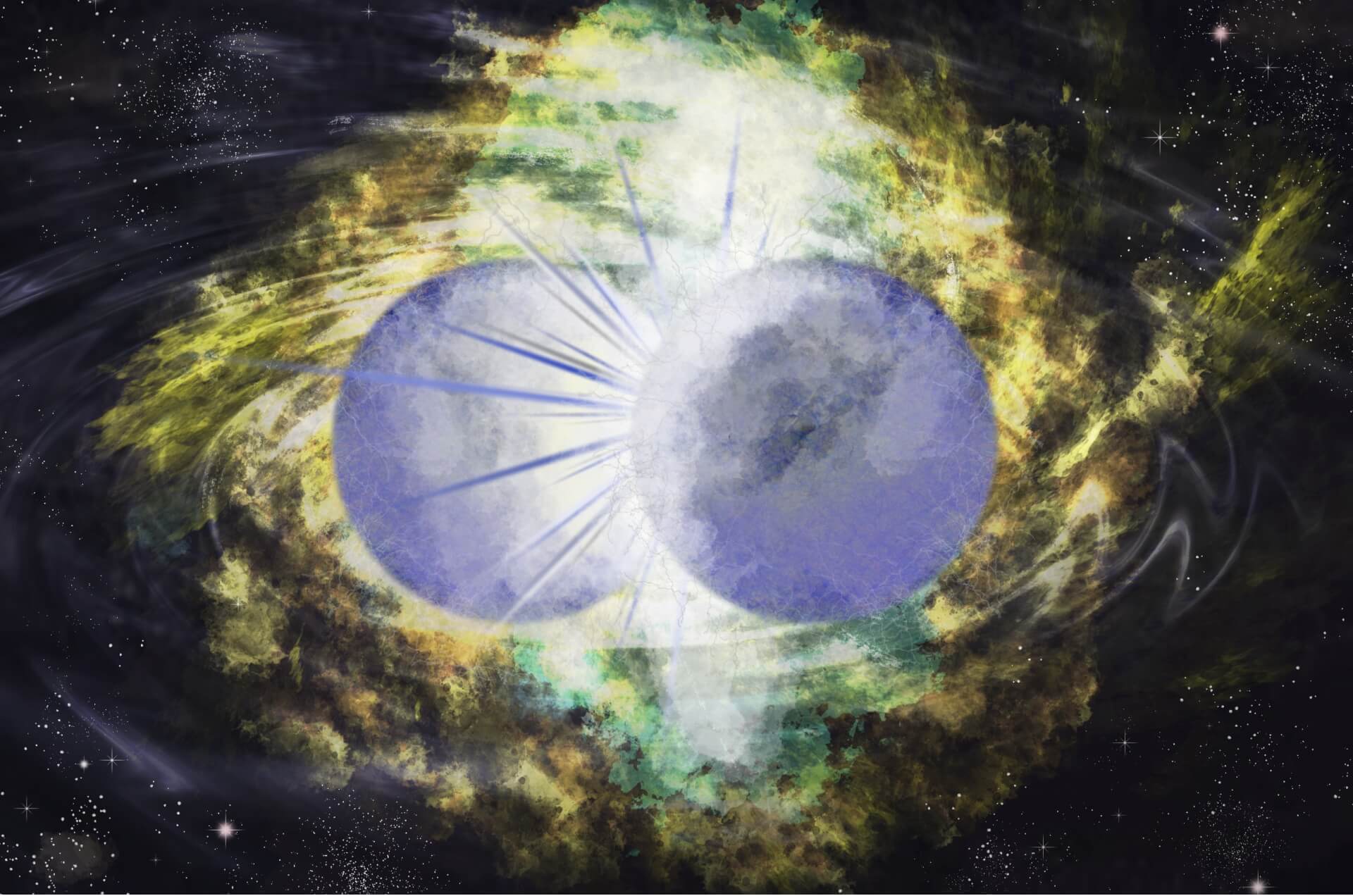 To the Edge of the Universe — and Beyond

Like Galileo’s first telescope to spy celestial objects and record discoveries, Cal State Fullerton’s physicists are barely scratching the universe to find out more about mysteries of the cosmos through gravitational-wave observations.

We’ve seen amazing things so far, but it's just the beginning.

These waves, which can offer insight into the evolution of the universe, are produced from extreme cataclysmic events like powerful and massive colliding black holes, binary neutron stars and black hole-neutron star systems.

To extend humanity’s gravitational-wave view from the first nearby discoveries to across the history of the cosmos, the CSUF researchers and their students are now on the ground floor of designing the new Cosmic Explorer — the next-generation gravitational-wave observatory in the United States.

“We have this incredible opportunity to be part of the United States’ next scientific megaproject in gravitational waves,” says Joshua Smith, professor of physics and Dan Black Director of Gravitational-Wave Physics and Astronomy.

“We can help chart the course of the development and design of Cosmic Explorer — and contribute to some of the most fundamental scientific and technical challenges that will need to be addressed for Cosmic Explorer to succeed.”

With 10 times the sensitivity of Advanced LIGO’s two existing U.S. observatories, Cosmic Explorer promises to peer deeply into the universe’s dark side, observe black holes and remnants of the first stars across cosmic time, measure space-time with unprecedented precision, and open a wide discovery aperture to the novel and unknown.

“Through advances in technology, we can help the detectors to see even farther out into the universe and further back in time,” Smith adds.

Since the thrilling first detection of gravitational waves in 2015, the physicists and their students — part of the international LIGO Scientific Collaboration — have played leading roles in gravitational-wave discoveries.

“We’ve seen amazing things so far, but it's just the beginning. We want to push our gravitational reach to the edge of the universe,” says Geoffrey Lovelace, professor of physics.

Advancing Exploration
of the Cosmos

With better sensitivity and higher precision than the existing observatories, Cosmic Explorer will provide a view of the early universe like NASA’s newly operational James Webb Space Telescope. The powerful telescope has dazzled the world with its spectacular first images of the universe.

“Cosmic Explorer will see far enough across the universe to look back in time to the era when the first black holes and neutron stars had formed from the very first generation of stars in the universe, known as Population III stars,” Smith points out.

“Its observations will tell us exactly when, and in what abundance, the first stars formed. But even more exciting, if Cosmic Explorer detects signals from before the first stars, it will tell us that so-called primordial black holes exist and were formed during the birth of the universe.”

The LIGO (Laser Interferometer Gravitational-wave Observatory) and Virgo scientific collaborations have observed 90 gravitational-wave events from detectors in the United States and Italy since 2015. Over 100 years ago, Einstein’s theory of relativity predicted that gravitational waves — ripples in the fabric of space-time that travel at the speed of light — exist.

For most of history, light, like from Galileo’s telescope, was the only tool that humans had to observe the universe beyond the solar system, Lovelace relays. The National Science Foundation-funded LIGO project gave humanity a new and fundamentally different tool to observe the universe in gravitational waves, caused by astronomical sources that are billions of light years away.

A New Horizon
in Astronomy

Read, associate professor of physics and an internationally known astrophysicist, is looking forward to expanding knowledge of how massive stars live, die and create matter.

“Cosmic Explorer will act as an astrophysical-scale collider, measuring the gravitational waves rippling out from the impact and aftermath of neutron star mergers with incredible precision,” she says. “Mapping the occurrence of these mergers across cosmic time will help us understand how heavy elements have been forged over the history of our universe.”

She convinced colleagues Lovelace and Smith — all three are founding faculty of the university’s Nicholas and Lee Begovich Center for Gravitational-Wave Physics and Astronomy — to join the effort. The gravitational-wave research, education and outreach center, known as GWPAC, celebrated its 10th anniversary in September.

The physicists are co-authors of the 2021 Cosmic Explorer Horizon Study, which envisions the science, technology, partnerships, timeline and estimated $2 billion cost of the project, planned to be built over the next decade. Other CSUF co-authors are former postdoctoral scholar Philippe Landry and 2022 graduate Alex Gruson (M.S. physics). Partners in the project are Caltech, MIT, Syracuse University and Pennsylvania State University.

As the convener of the Cosmic Explorer Consortium, which is intended to organize and represent the broader Cosmic Explorer community, Read is working with fellow scientists to develop the structure and consortium objectives. She also is recruiting collaborators to assess Cosmic Explorer's science potential, and contribute the research and development needed to make the project a reality. The first observations are projected to begin in 2035.

Smith, who specializes in optics and characterization of gravitational-wave detectors, is the director of instruments and observatories for Cosmic Explorer. In this role, he is leading the effort to identify and evaluate suitable observatory locations and overseeing the success of the project’s instruments, facilities and site planning.

Lovelace, who uses numerical relativity on a supercomputer to simulate the merging of black holes as sources of gravitational waves, is the lead computer scientist for the project. His responsibilities include scoping out the computational requirements and helping to craft the plan for how Cosmic Explorer will manage its data, such as who gets access and how it will be stored. He also is contributing to efforts to ensure that supercomputer calculations modeling gravitational wave sources are sufficiently accurate for Cosmic Explorer. 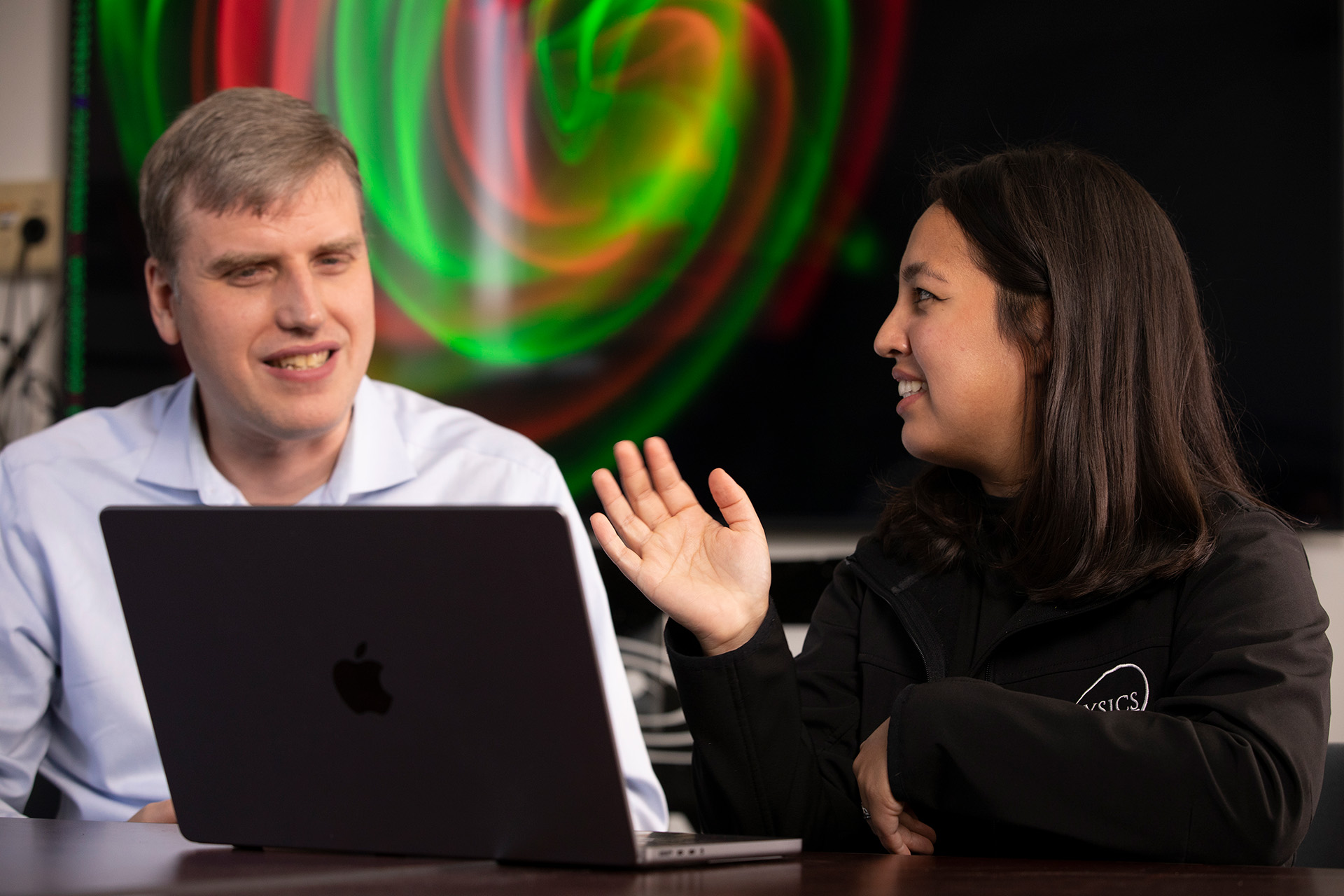 A New Wave of Future Scientists

As the physicists shift their research focus to support Cosmic Explorer, they are eager to make more trailblazing discoveries and gain a deeper understanding of the densest matter in the universe through gravitational-wave observations.

“I'm forever awed that the idea of gravitational-wave astrophysics has become a reality and that we are only beginning to explore this rich new perspective on our universe,” Read shares.

“I'm looking forward to new discoveries, like wobbly neutron stars in our own galaxy, an unanticipated wave pattern that could signify new physics, or an unexpected and out-of-this-world source of gravitational waves.”