Fighting Infernos
Before They Start

A faculty and student engineering team is using artificial intelligence to save property — and lives.

After ash rained on her car while driving by a wildfire last year, Ankita Mohapatra had an idea — a big idea.

Student and faculty researchers in the “Engineering Wildfire Mitigation” project are designing a wireless, solar-powered sensor hub that relays information to a central processing station for data analysis and generation of fire alerts. The idea is to use machine learning and artificial intelligence to identify and prevent hot spots.

“Our goal is to save lives, minimize human displacement and loss of resources, support firefighting efforts and reduce carbon emissions,” says Mohapatra.

Nearly one-third of California’s population lives in areas vulnerable to wildfires, with September and October historically being the worst months for fires. In 2021, the state is facing a record-breaking year of fires due to extreme heat, dry vegetation and climate change. More than 8,000 fires have ignited across the state, scorching millions of acres.

Research shows that early detection leads to better management and extinguishing flames faster, notes Mohapatra. This can result in saving lives, reducing threats to property, and curtailing curtailing health effects caused by smoke and toxins, such as carbon emissions.

Other team members are:

The wildfire project is one of three College of Engineering and Computer Science’s “Titans of Transformation: Big Ideas” initiatives to offer real-life solutions to society’s most pressing issues.

Researchers are developing rechargeable solar panels to power tiny sensor nodes that monitor changes in the physical environment, such as temperature, humidity, and fine air particles and gases, including carbon monoxide from smoke. The sensors would detect young fires or the probability of a flare-up.

“A smart sensor node could be defined as a mini-computer that detects the environment around it and can determine the likelihood of a fire event,” explains Mohapatra, adding that a prototype is in development with input from local fire departments.

“The sensors would read atmospheric quality and generate alarms when the values cross into thresholds that are characterized by fire,” says Mohapatra. “The sensors will provide vital data that can be assimilated with existing fire spread models to forecast the highest likelihood of a path to be taken by a fire.”

The sensors will be powered by solar panels that can adapt to different environments, such as shade from trees, to provide uninterrupted power to the sensors day and night, points out Rakesh Mahto, assistant professor of computer engineering.

Aaron Nguyen, a senior computer engineering major, is learning about machine learning-based modeling to design solar panels that adapt to their location.

“I hope that my work will make a significant contribution to the project and will be effective in combating wildfires,” says Nguyen, who is working under the mentorship of Mahto.

The researchers are using a novel transistor switch embedded in the solar panel to keep it powered. Mahto studied this technology as a doctoral student to power micro-autonomous drones.

“These transistors enhance the capability of solar panels to reconfigure in real-time and are ideal for operating in conditions with varying lighting conditions,” Mahto says. “Changing light can lower the performance of solar panels, which in turn degrades the operability of sensors.”

The goal is to create a “smarter” system that will help in preemptive minimization of wildfire impact and improve public safety awareness through technology.

“There is an urgency for supplemental technology to assist the current firefighting efforts and decrease the impact of wildfires, specifically in Southern California, where much of the state is highly susceptible,” Faller says.

“Studies indicate that in communities impacted by wildfires, people of color and low-income residents are more vulnerable and find it disproportionately more difficult to recover from the effects of fire events.”

Meanwhile, Daniel B. Curtis, associate professor of chemistry and biochemistry, is working with the sensor board development team to add air particle sensors to the prototype to measure air quality, including the presence of soot or smoke particles.

Training the Next Generation of Engineers

Through this project, undergraduate students are gaining significant research and fellowship experiences.

For Nguyen, the opportunity to learn about emerging technologies through this research project is equipping him for the workforce.

“Dr. Mahto is teaching me about solar cells and giving me real-world experience to help produce results that will benefit the world,” Nguyen says. “My career goal is to be a part of an industry that is on the frontier of new technologies to help improve the quality of life for people.”

‘Big Ideas’ for a Better Future

“Titans of Transformation: Big Ideas” are projects led by faculty committed to addressing societal challenges through transformative collaboration and innovation.

“At its purest state, ‘Big Ideas’ is about creating a better future … tackling deep-seated problems, responding to our communities, establishing access to innovative curriculum, and preparing the next generation of culturally competent engineers and computer scientists,” says Susan Barua, dean of the College of Engineering and Computer Science. 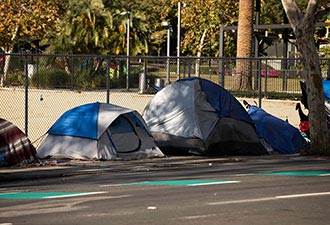 The project will leverage technology-based solutions to serve the homeless, including using telehealth technology to provide mental health services and “digital identities” to help people securely keep track of such paperwork as Social Security and insurance cards. The initiative is directed by Anand Panangadan, assistant professor of computer science. 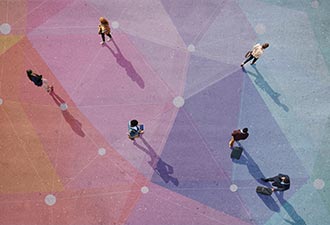 The initiative empowers engineering students with the ability to design and implement solutions for social problems in Orange County by collaborating with community organizations, nonprofits and governments. The project is led by Jin Woo Lee, assistant professor of mechanical engineering.